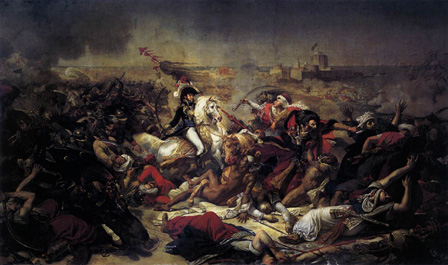 After the French failure and retreat from Acre, the British under Sir Sydney Smith had transported an army of Ottoman Turks to destroy the French army in Egypt and retake Cairo. As soon as he learned of this new enemy force, General Bonaparte immediately launched an offensive which successfully crushed the Turkish army, securing France's continued presence in Egypt. Nevertheless, less than a month later General Bonaparte left the army in Kléber's hands to return to France.