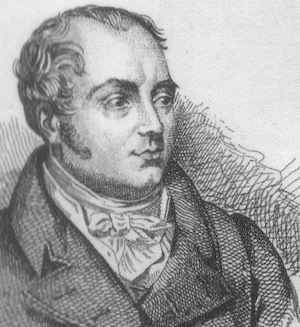 Tireless administrator who served as Intendant General, organizing and financing supply of the Grande Armée

One of Napoleon's most capable administrators, Pierre-Antoine-Noël-Bruno Daru became a provincial commissary of the Ministry of War in 1784. After the Revolutionary Wars began, in 1792 Daru became an ordnance commissary and then in 1793 he was appointed the chief commissary supporting the Army of the Coasts of Brest and the Army of the Coasts of Cherbourg. However, during the Reign of Terror that followed Daru was arrested and thrown in prison.

Released after the Thermidorian Reaction, Daru returned to the Ministry of War at the start of 1795. Two years later in September of 1797 certain members of the government ousted their opponents in the coup of 18 Fructidor, and among those dismissed from the government was the Minister of War Petiet. Daru was then appointed to be chief commissary for the Army of Switzerland. In 1799 Napoleon's coup d'état of 18 Brumaire established the Consulate and First Consul Bonaparte would go on to appoint Daru as Inspector of Reviews and Secretary General of the Ministry of War. In 1802 Daru entered the Tribunate, and the following year he organized the large camp of Boulogne that trained and equipped the army.

After the establishment of the Empire, Daru entered the Institute and was named a Councilor of State and Intendant General. As Intendant General, Daru took part in the campaigns of 1805 through 1807 and 1809, putting his administrative skills to work financing and supplying the army. Known as a man of integrity and class, in 1809 he became the Intendant General to Napoleon's household and a Count of the Empire. Two years later Daru was appointed the Secretary of State.

For the campaign against Russia of 1812, Daru again returned to organizing and preparing the army despite his personal opposition to the entire campaign. After the army arrived at Moscow, Daru became the Intendant General of the army, replacing Dumas who had fallen ill. During the retreat, Daru personally did all he could to keep the administration of the army going, and Napoleon later remarked that Daru was "a man of extreme integrity, sureness, and great work. At the retreat from Moscow, the firmness of Daru was particularly remarkable...and he worked like an ox with the courage of a lion."1 One time during the night Daru was writing down Napoleon's dictation when he fell asleep in mid-sentence and Napoleon began writing the orders down. When Daru woke up, he apologized and told Napoleon he had been working without sleep for several days and nights. Napoleon asked him, "Why did you not inform me? I do not want to kill you. Go to bed. Good night, Monsieur Daru."2

After surviving the retreat, Daru was employed in Germany in 1813 to help rebuild the Grande Armée. That November he was tasked with equipping another army for the defense of France of 1814. Daru accompanied Marie Louise to Blois at the end of March of 1814, and after Napoleon's abdication the restored Bourbons appointed him Intendant General of the royal army.

When Napoleon returned to France in 1815 for the Hundred Days, Daru rallied to him. Napoleon appointed Daru as Minister of State attached to the Ministry of War. Despite having rallied to Napoleon, he did not suffer repercussions after Napoleon's second abdication. Daru went on to join the French Academy in 1816 and become a Peer of France in 1819 where he defended liberal ideas from the ultra royalists. Daru was also known for his interests in literature, having translated some of Horace's poems and publishing histories of Venice and Brittany.