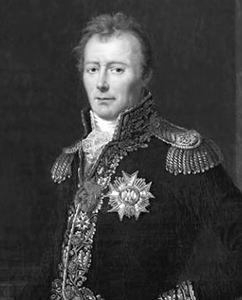 Engineering officer who served as Minister of the Administration of War

A career engineering officer, Jean-François-Aimé Jean originally studied in school at Sorèze but decided to leave there in 1766. In 1768 he was commissioned as a lieutenant of engineers at the engineering school of Mézières. Dejean was promoted to capitaine in 1777 and then in 1781 he was named the chief military engineer in Picardy, where he would remain for the next 10 years. After the beginning of hostilities in 1792 due to the French Revolution, Dejean was assigned to the Army of the North and he served at the action of Antwerp. In 1793 he fought at Neerwinden under Champmorin and afterwards he was employed at Béthune. At the end of that year Dejean was promoted to chef de bataillon and named deputy director of fortifications in the Army of the North.

In June of 1794 Dejean commanded the engineers at the sieges of Courtrai, Menin, and Ypres. The following month he continued to serve in that role at Nieuport and then he received a promotion to chef de brigade. Continuing to command engineers during sieges, Dejean served at the siege of the Fort of Ecluse for much of the month of August and afterwards he was promoted to général de brigade and named director of fortifications of the Army of the North. In October and November Dejean commanded the engineers at the siege of Nimègue.

In April of 1795 General Dejean was named inspector general of fortifications and that September he directed the crossing of the Rhine. The next month he was promoted to général de division. September of 1796 saw Dejean named interim commander of the French and Dutch troops in Belgium, a position he would hold for a year. In 1799 he resumed his previous post of inspector general of fortifications and then in December he was named a councilor of state.

In 1800 Dejean organized the Ligurian Republic and then in 1802 he was named Minister of War Administration. In 1803 Dejean became the Grand Treasurer of the Legion of Honor and then in 1805 he received the Grand Eagle of the Legion of Honor. Dejean continued to serve in charge of war administration, and in 1808 he was named a Count of the Empire and inspector general of engineers. In 1809 Dejean took a more active command when he organized the resistance of Antwerp. Napoleon removed Dejean from the Ministry of War Administration in 1810 for having demanded too high of a budget, and next General Dejean became a senator. In 1812 while Napoleon was in Russia, when General Malet led his failed attempt to take over the French government, Dejean presided over the military commission that judged Malet and his accomplices.

After Napoleon's abdication in 1814, Dejean was named head of the École Polytechnique and a Peer of France by the restored Bourbons. When Napoleon resumed power in 1815 for the Hundred Days, he restored Dejean to the post of inspector general of engineers and also named him a Peer of France. After Napoleon's abdication, the Bourbons struck Dejean from the list of peers and did not employ him.