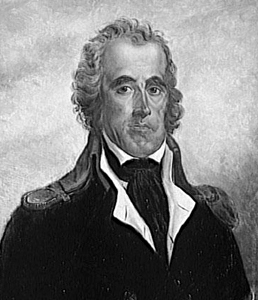 A career soldier, Jean-Nicolas Houchard first enlisted in 1755 in a cavalry regiment. He served during the Seven Years War and was later rewarded as a Knight of Saint Louis. By the time of the Revolution, Houchard had only risen to the rank of capitaine, but he was perfectly happy with that.1 In October of 1791 he became General Custine's aide-de-camp and soon he would unable to refuse the commands assigned to him. Serving with the Army of the Rhine, Houchard was promoted to colonel in August of 1792 and given command of the 2nd Chasseurs à Cheval. Fighting that year, he commanded the advance guard at Spire and Frankfurt, seized the redoubts of Nauheim, and defeated the Prussians at Limburg. A promotion to maréchal de camp followed in December of 1792.

Leading the Army of the North, he defeated the Austrians at the Battle of Hondschoote but was uneasy about a vigorous pursuit. After a small check, he decided to retreat and before long this retreat degenerated into a rout. Houchard was immediately relieved of command and arrested, then transported to Paris and imprisoned at l'Abbaye. He was taken before a Revolutionary tribunal and condemned to die, and he was executed by guillotine on November 15th, 1793.