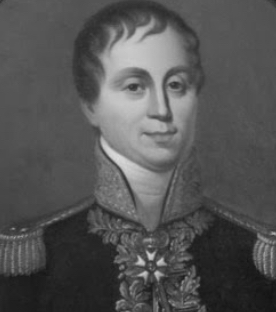 In 1795 La Salcette was reintegrated into the army and promoted to chef de brigade on the same day. Sent to join Sérurier's division in the Army of Italy, he was promoted to général de brigade in October. At the end of March of 1796 as General Bonaparte took command of the army, La Salcette was placed with the staff of the army. In this position he served with a number of divisions at a number of actions. La Salcette served at Dego , Cheraso, the Siege of Mantua , Saint-Antoine, and Saint-Georges. In March of 1797 he was named commander at Milan and later that year he briefly commanded at Brescia and Ancona. That November La Salcette was sent to Corfu which had been ceded to France by the terms of the Treaty of Campo Formio. La Salcette was named governor of Zante and commander of the départements of Ithaque and Mer Egée. In 1798 the Ottoman Empire attacked and La Salcette defended Preveza before being wounded and taken prisoner at the combat of Nicopolis on October 23rd. Sent to Albania, he was held until March of 1801 when he was exchanged. After returning to France, La Salcette was put on non-activity.