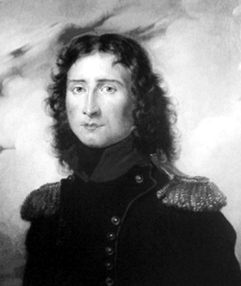 Born into a noble family, Józef Sułkowski was the natural son of Prince François de Paule and also the nephew of Auguste Sułkowski. Raised in the palace of his uncle, he received an education with emphasis on learning many languages and military history. After the death of his uncle Auguste, Joseph Sulkowski joined the Polish army and in 1792 he participated in the Polish-Russian War in Lithuania. After the disappointing conclusion of the war, in 1793 he decided to travel to France since he admired the principles of the French Revolution. Once he arrived in France, he obtained naturalization, becoming a French citizen.

Back in France, Sulkowski was granted a commision in the French army as a capitaine on May 1st, 1796. Sent to the Army of Italy, he distinguished himself in September by taking a redoubt at Saint-Georges.2 General Bonaparte noticed Sulkowski and made Sulkowski an aide-de-camp. After the campaigns in Italy Sulkowski accompanied Napoleon on the expedition to Egypt. His father-in-law Jean Michel de Venture de Paradis also took part as one of the scientists on the expedition. When the French fleet arrived at Malta, Sulkowski distinguished himself during the capture of Malta. After arriving in Egypt, on July 6th General Bonaparte provisionally promoted Sulkowski to chef d'escadrons. The next month Sulkowski fought at the combat of Salahieh where he was badly wounded. Afterwards he was named a member of the Institute of Egypt with a focus on political economics and creating a lexicon for translating French and Arabic.

Sulkowski was still recovering from his wounds when the city of Cairo revolted in October of 1798. On the 22nd he was sent on a reconnaissance with fifteen guides and while traveling through the city they came upon a mob of rioters. Napoleon wrote that Sulkowski's horse slipped and fell and knocked him out, and four of the guides fled the scene while the rest were killed in the ensuing melee. Much like General Dupuy who also perished during the riot, one of the forts defending Cairo was named in his honor.