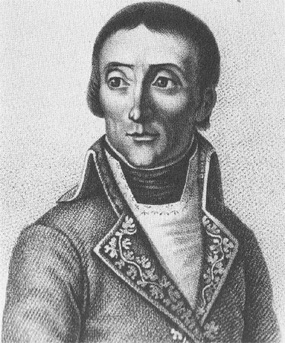 The son of an army captain, Eustache Bruix did not follow in his father's steps by joining the army, instead opting to join the navy as a garde de la marine in 1778. His first voyage at sea was an eventful one, for he served on the frigate Fox which was shipwrecked in March of 1779 on the coast of Brittany. Over the next few years Bruix served on a variety of French ships in the Caribbean and he ultimately took part in the American Revolutionary War. In 1781 he served at the action of Tobago, the combat at Fort-de-France, and then the battle in the Chesapeake Bay and afterwards he was promoted to ensign of vessel. The following year Bruix continued to serve in battle, fighting at Saint-Christophe and then at the combats of April 9th and April 12th of 1782. After the Americans gained their independence from Great Britain, Bruix continued to serve on French ships in the Caribbean.

Bruix was promoted to lieutenant of vessel in 1786 and he returned to France during the late 1780s. In 1791 he was named a member of the Academy of the Marine and in 1792 he was given command of the frigate Sémillante which he sailed with to India. Bruix was promoted to captain of vessel in January of 1793 and then three months later he took command of the ship Indomptable. Unfortunately for him, the next year he was relieved of command by the representatives of the people at Brest in June. However, less than a month later those same representatives named him chief of staff of the naval force assembled under Admiral Villaret-Joyeuse at Brest. In 1795 Captain Bruix served at the combat of Groix and he continued to serve as chief of staff of the fleet.

In late 1796 Bruix was still serving at Brest as chief of staff and he set sail with the fleet for the expedition to Ireland under Admiral Morard de Galles. Despite the expedition's failure, Bruix received a promotion to rear admiral in May of 1797. The next month Bruix was appointed chief of staff of the navy, and then in 1798 he was named Minister of Marine. A promotion to vice admiral followed in 1799 and he then took command of the naval forces at Brest. Hoping to relieve the expedition to Egypt, he and his fleet sailed to Toulon. Bruix's fleet next joined up with the Spanish fleet under Admiral Mazzaredo at Cartagena, but due to sickness and disagreement between the commanders they decided to abandon the attempt to reach Egypt. Instead Bruix sailed back for Brest where his fleet was then blockaded.

Admiral Bruix next went to the isle of Aix to take command of the fleet there. After Napoleon took power in late 1799, Bruix continued to serve at the isle of Aix until he was appointed naval commander at Rochefort in 1801. In 1802 he fell sick but was also named a councilor of state. The following year he took command of the French fleet at Boulogne and was named a Commander of the Legion of Honor. Admiral Bruix continued to receive rewards, being named a Grand Officer of the Empire in 1804 and receiving the Grand Eagle of the Legion of Honor in 1805 shortly before his death due to illness.