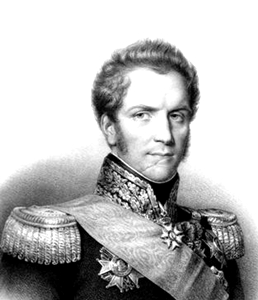 In November of 1805 Grundler joined Marshal Berthier's staff in the Grande Armée. Three years later in 1808 he was sent to Spain where he joined the IV Corps and then that December he became chief of staff to the 4th Dragoon Division. Grundler returned to France in 1809 where he was sent to the staff of the Army of the North, and then in 1810 he served in Holland. The next year Grundler commanded the département of Simplon and was named deputy chief of staff at the camps of Utrecht and Ost-Frise. In the meantime he received many awards, including being named a Commander of the Order of Saint Joseph of Wurzburg and a Knight of the Order of Military Merit of Bavaria.

For the Russian campaign of 1812, Grundler served with the II Corps of the Grande Armée. During the campaign he was promoted to général de brigade and served at Polotsk where he seized the defile of Bononia. That November he served with the 8th Division of II Corps.

Grundler continued to serve in staff positions during the campaigns in Germany of 1813. Serving as chief of staff of XI Corps, he was named a Baron of the Empire in May of 1813 and continued his service throughout the year and into the defense of France of 1814.

After Napoleon's abdication in 1814, the returning Bourbons named Grundler a Knight of Saint Louis and he did not rally to Napoleon for the Hundred Days in 1815. After the Second Restoration of the Bourbons, Grundler was tasked to investigate and gather evidence on the conduct of Marshal Ney during the Hundred Days.1 Grundler continued to lead an active military career in later years.