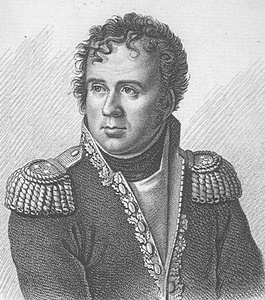 Originally working as an engineer of bridges and roadways in Languedoc, Joseph-Secret Pascal-Vallongue began serving with the army in 1792. In 1793 he was ordered by the administration of the département of Aisne to establish defensive lines along the Oise River. The next year Pascal-Vallongue was appointed a capitaine of engineers in the Army of the North. During that year he served at the sieges of Landrecies, Quesnoy, Valenciennes, and Maestricht and afterwards he was promoted to chef de bataillon. Next Pascal-Vallongue directed the demolition of the fortifications of Charleroi and the chateau of Namur, and then in 1795 he was sent to the Army of the Rhine and Moselle where he served at the Siege of Mainz. In 1796 Pascal-Vallongue was sent to the Army of the Alps where he directed the demolition of the forts Exiles and Brunette of Piedmont. During this time he also conducted experiments on the effects of gunpowder.

In January of 1797 Pascal-Vallongue joined the Army of Italy, and over the following months he served at the crossing of the Piave and the Tagliamento and then at the actions of Gradisca and Trieste. Next he was sent to the Ionian Isles to organize a defense there, and then in July of 1798 he set sail on Artémise to join the Army of the Orient in Egypt. Pascal-Vallongue was still aboard that ship at the Battle of the Nile where British Admiral Nelson destroyed the French fleet, and Pascal-Vallongue was taken prisoner. The French prisoners including Pascal-Vallongue were to be sent to France on parole, but along the way in October their ship was intercepted and they were taken prisoner by the Greeks at Lépante. They were then sent to Constantinople where they were forced into a labor camp. Pascal-Vallongue appealed for help from their deplorable conditions and the wife of the British ambassador at Constantinople demanded their release. In May of 1799 Commodore Sidney Smith claimed the French as prisoners of war and successfully repatriated them to France.

Now back in France, Pascal-Vallongue was promoted to chef de brigade in late 1799. In March of 1800 he was named deputy director of fortifications and then in May he was sent on a mission to rendezvous with General Suchet to inform him of the plans of the Army of the Reserve being led by First Consul Bonaparte. After meeting up with Suchet, Pascal-Vallongue stayed with his forces and helped with the defense of the Var. Next Pascal-Vallongue was employed in a variety of administrative positions and in November of 1801 he was named director of fortifications.

In February of 1804 Pascal-Vallongue joined the staff of the Army of the Coasts of the Ocean and later that year he was named an Officer of the Legion of Honor. He served with the Grande Armée in 1805 against the Third Coalition and then received a promotion to général de brigade on Christmas Day of that year. Angry that Naples had signed a pact of neutrality with France and then immediately betrayed France and allied with the Third Coalition, Napoleon directed French forces to take Naples and Pascal-Vallongue was sent to the Army of Naples. He served under General Campredon at the Siege of Gaeta, serving for four months before he was badly wounded in the head by an explosion on June 12, 1806. Five days later the doctors attempted to trepan him and he died at the hospital of Castelleone.