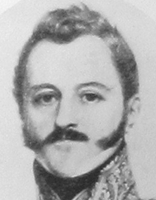 The son of a doctor, Antoine Virgile Schneider entered the École Polytechnique in 1799. By the end of 1805 he had finished his studies and he was named a lieutenant and aide-de-camp to General Dalesme. Only a few months later Schneider was named aide-de-camp to General Musnier. In 1808 he accompanied Musnier to Spain and that November he was promoted to capitaine in the 115th Infantry. In December Schneider served at the Siege of Saragossa where he was wounded in the left shoulder by the blast of a shell. In March of 1809 he was named a Knight of the Legion of Honor and then in May he returned to General Musnier's side as an aide-de-camp. Schneider remained in this position until October of 1810 when he was promoted to chef de bataillon and assigned to the Ministry of War. In 1811 he was named a Knight of the Empire and in 1812 he became an aide-de-camp to the Minister of War General Clarke.

In 1813 Schneider took part in the defense of Danzig under General Rapp and when Danzig was finally forced to surrender in January of 1814 Schneider was taken as a prisoner of war. Sent to Kiev, he met a Polish countess who he married after his release from captivity later in 1814. Returning to France, Schneider was promoted to colonel by King Louis XVIII. When Napoleon returned to power in 1815, Napoleon confirmed Schneider's promotion and assigned him as chief of staff of the Army of the Rhine under Rapp. Schneider was briefly put on non-activity at the Second Restoration but he resumed an active military career. He was later selected to join the commission to determine names on the Arc de Triomphe.