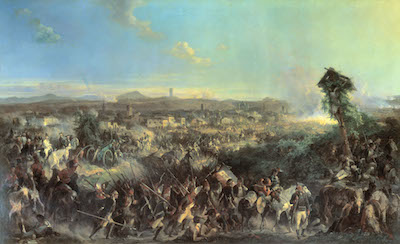 The combined Austrian and Russian army led by General Suvorov was successfully retaking the lands the areas taken by General Bonaparte and the Army of Italy in 1796 and 1797. The French Army led by General Joubert attempted to stop the Allies at Novi, but Joubert was killed near the onset of the battle. After fierce fighting the French were defeated, losing control of most of Italy.