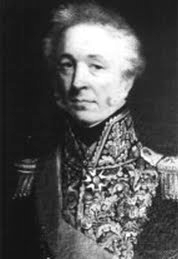 The son of a lieutenant to the seneschal of Toulouse, Marie Étienne Barbot began his military career a sa sous-lieutenant in the National Guard of Toulouse. In September of 1791 he became a capitaine in a battalion of volunteers of Haute-Garonne and in March of 1792 he was promoted to lieutenant colonel in the 4th Battalion of Haute-Garonne. Barbot next served with the Army of the Alps and he took part in the Siege of Toulon . 1794 was a busy year for Barbot as he was sent to the Army of the Eastern Pyrenees. That year he was promoted to chef de brigade and he fought at Boulou, the recovery of Fort Saint-Elme, Collioure, Port-Vendres, and the Battle of Montagne Noire . At the end of the year Barbot took part in the Siege of Roses. Peace was signed with Spain in 1795 and Barbot was sent to the Army of the West. In 1796 he was put on non-activity and he only returned to an active role in 1799 when he began serving in the 10th military division. That July Barbot defeated the insurgents of the south at Montrejeau. In 1800 he returned to the 10th military division.

In 1804 Barbot was named chief of staff to General Lagrange and they were assigned to take part in an expedition to the Antilles. They left at the end of the year and in February of 1805 Barbot took Roseau, the capital of the island of Dominica. Next they returned to France and Barbot was sent to the camp of Boulogne. In September of 1806 Barbot was sent to the Grande Armée to serve under Lagrange. The following year he subjugated the insurgents of Hersfeld in Westphalia.

Barbot returned to France in early 1808 but before long he was sent to Spain to join II Corps. In July he fought at Medina del Rio Seco and in November he served at Burgos. In January of 1809 Barbot served at the Battle of Corunna and then in March he served at Braga and Oporto. In 1810 he served at the Battle of Bussaco and later at Sabugal and Almeida. That September Barbot was named chief of staff of Reynier's II Corps and then in August of 1811 he was promoted to général de brigade. At the start of 1812 he commanded Castel-Rodrigo and then in July he fought at the Battle of Salamanca, commanding a brigade in the 2nd Division of the Army of Portugal. In 1813 Barbot commanded an infantry brigade and he served under a variety of different commanders. In 1814 he was serving in Taupin's 4th Division when he fought at Orthez where he was wounded in the right knee by the blast of a shell. Napoleon abdicated in April the Coalition occupied Paris, ending the war, and the restored Bourbons named Barbot commander of the département of Gers and later commander at Bordeaux. When Napoleon returned from exile and resumed power in 1815 for the Hundred Days, Barbot was placed on non-activity.