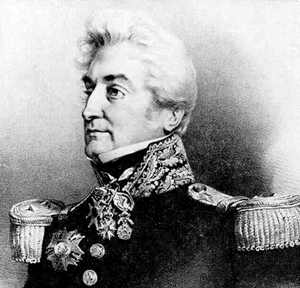 Versatile général de division who served in many campaigns

Joseph Lagrange began his military career in June of 1791 when he became a capitaine of grenadiers in the 2nd Battalion of Volunteers of Gers. Serving with the Army of the Eastern Pyrenees, he fought before Perpignan in 1793 and was promoted to chef de bataillon on the battlefield. The following year Lagrange fought at Boulou where he seized two redoubts and then in June the representatives of the people promoted him to chef de brigade.

Lagrange briefly served with the Army of Italy in 1797 before retiring, but then in early 1798 he decided to return to the army. Designated for the Army of the Orient, he set sail from Toulon and then once in Egypt he served at Alexandria, Damanhour, and Rahmanieh. Lagrange fought at Chebreiss that July and was promoted to général de brigade by General Bonaparte on the battlefield. Continuing to serve, the next month he fought at Salahieh and then joined Reynier's division and with them took part in the suppression of the revolt of Cairo.

In 1799 General Lagrange took part in the expedition to Syria, and on that campaign he fought at El Arisch and Acre. The following year Lagrange served under Reynier at Héliopolis and then later took part in another repression of a revolt of Cairo. In September of 1800 General Menou promoted Lagrange to général de division and made him his chief of staff for a period of time. The next year Lagrange traveled to Rahmanieh, was chased to El Aft, and then forced to evacuate Rahmanieh. He fought at El Menair in May and then eventually surrendered at Cairo in June.

Once Lagrange had returned to France, he took command of the 14th military division at Caen. In 1802 he became the inspector general of gendarmerie and then in 1804 he was designated to command an expedition against the English Antilles. Setting sail that December, he and his men disembarked on the island of Dominica and successfully took the garrison prisoner and destroyed the fortifications. Afterwards, they returned to France, and Lagrange was employed in the camp of Saint-Omer and other administrative positions for the next few years.

In 1808 Lagrange was sent to the Army of Spain and made commander of Vittoria. That November he took command of the 2nd Division of VI Corps and then fought at Tudela where his arm was badly wounded by a ball. Sent back to France to recover, Lagrange finally resumed a command in June of 1809 when he took command of the 3rd Division of the Reserve Corps under Junot. That November, he returned to the Army of Spain.

Preparing for the campaign against Russia in 1812, General Lagrange was named commander of a division of Marshal Victor's IX Corps. Taking part in the campaign that summer, he transferred to take command of the 2nd Division of II Corps after General Verdier was badly wounded and unable to command. During the retreat, in early November Lagrange became Governor of Koenigsberg.

For the campaigns of 1813, Lagrange initially commanded a division of the corps commanded by General Lauriston. That March he served in Hanover against Doernberg and occupied Lunebourg, and then in April his unit was detached to serve under Vandamme. Lagrange led his men into action at Halle that April, and then in May at Leipzig, Eichberg, Bautzen, and Neukirch. In July he took command of the 21st Infantry Division under Marshal Marmont, and he then led them into battle at Dresden in August and Leipzig in October.

With France now threatened, Lagrange took command of the 3rd Division of Marmont's IV Corps. Serving in Champagne, in February of 1814 he fought at La Rothière, defended the bridge of Rosnay, was wounded in the head at Champaubert , and fought at Vauchamps . He served at Paris before Napoleon's abdication brought an end to the war.

With the return of the Bourbons, Lagrange became a Knight of Saint Louis and inspector general of gendarmerie again. When Napoleon returned from exile for the Hundred Days, Lagrange took no active part in the events.