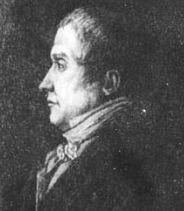 General who served under Marshal Davout on a number of campaigns

The son of a Swiss guard of the King, Joseph-Laurent Demont first enlisted in the Swiss regiment of Vigier in 1764. Four years later he was commissioned as a sous-lieutenant, but it would take another thirteen years for him to receive another promotion when he finally achieved the rank of lieutenant in 1781. In 1785 Demont was promoted to capitaine, and then after the onset of the Revolution he was recognized as a Knight of Saint Louis in 1791.

General Demont was finally returned to France once peace was signed in 1801. He was then assigned to the 24th military division until 1803 when he was sent to the camp of Bruges. In 1804 Demont was named a Commander of the Legion of Honor, and in 1805 he took command of the 1st Brigade of the 1st Division of Marshal Davout's III Corps. Taking part in the campaign that year, Demont fought at the Battle of Austerlitz where he had his left arm broken by a shot. A few weeks later he received a promotion to général de division.

In 1806 Demont was appointed a senator and in 1807 he took command of the 3rd Legion of the National Guard at Rennes before retiring that May. In 1808 he was named a Count of the Empire and then in 1809 Demont returned out of retirement to serve in an active command against the Austrian threat. Demont took command of the 4th Division of Marshal Davout's corps for the Danube campaign of that year, fighting in April at Abensberg and the Battle of Eckmühl before he served at the Battle of Aspern-Essling in May. That June he was named commander at Linz and governor of Upper Austria, but once the campaign was concluded he returned to Paris.

Demont remained in retirement until 1814 when France was threatened by the allied powers, and then he took part in the defense of Strasbourg. After Napoleon's abdication in April of 1814, the restored Bourbons named Demont a Peer of France. When Napoleon returned to power in 1815 for the Hundred Days, Demont did not take part in the events. After Napoleon's second abdication, as a member of the Chamber of Peers Demont sat in judgment at the trial of Marshal Ney where he voted for death.