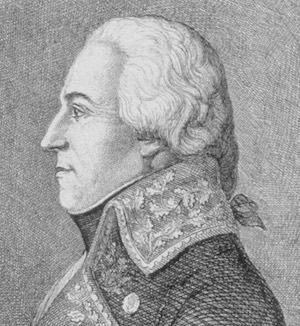 A career soldier, in 1758 Jacques-Maurice Hatry was commissioned as a lieutenant at age sixteen in the regiment of La Marck. Over the next few years he served in Germany during the Seven Years War. Hatry's next notable assignment came in 1768 when he served in Corsica and then ten years later in 1778 he finally obtained a commission to capitaine. In 1781 he was sent to the Indies where he served for the next four years.

After the onset of the Revolution, in 1792 Hatry was named a lieutenant colonel of his old regiment, now renamed the 77th Regiment. However, that December he quit his command due to the insubordination of his soldiers. In March of 1793 Hatry was named a chef de bataillon and assigned to the Army of the Rhine and then that September he became the chief of staff to Munnier's division. Two months later he was promoted to général de brigade and named chief of staff to General Burcy. That position was short-lived however for General Burcy was killed at Gundershoffen, and after that event the representatives of the people promoted Hatry to général de division on the same day. In December Hatry served at Geisberg.

In March of 1794 General Hatry took command of three divisions of the left wing of the Army of the Moselle and the next month he led them into action at Arlon. That May he took command of a new division formed for the Army of the Moselle and then in June he laid siege to Charleroi, was forced to lift the siege, and then laid siege to Charleroi again. Hatry received the surrender of Charleroi on June 25th and then the next day he and his men participated in the Battle of Fleurus . With the reorganization of the army that followed, his division became part of the Army of the Sambre and Meuse. Hatry went on to win at Sombreffe and then seize Namur and Liége and then in October he served at Aldenhoven. That winter he took the position of interim commander of the Army of the Sambre and Meuse while General Jourdan traveled to Paris to defend his conduct before the politicians. In April of 1795 Hatry was ordered to take command of the ongoing Siege of Luxembourg, a city which finally surrendered in June. Next he again commanded multiple divisions of the Army of the Sambre and Meuse, and then in February of 1796 he again served as interim commander while Jourdan was gone from the army.