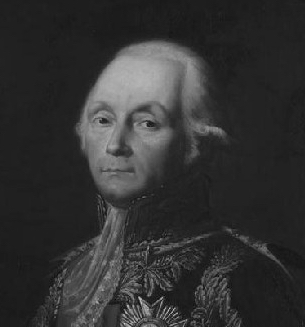 The son of a tax collector of the bourgeoisie, François-Etienne-Christophe Kellermann joined the French army at age 17 by joining the Lowendahl Regiment in 1752. In 1756 he became a lieutenant in the volunteers of Alsace and he served during the Seven Years War in Germany. Two years later Kellermann was promoted to capitaine in a dragoon regiment and he went on to distinguish himself in the fighting at Bergen and Friedberg. 1761 saw Kellermann as a capitaine with the Volunteers of the Dauphin when he distinguished himself by taking prisoner 300 grenadiers and General Scheider.

With the Seven Years War over, Kellermann was next sent on missions to Poland and Russia. In the meantime he married and his wife gave birth to his son who would become a notable general, François-Etienne Kellermann. In 1771 Kellermann was recognized as a Knight of Saint Louis and he was sent to Poland to help organize the cavalry there. After returning to France the next year, he was promoted to lieutenant colonel. During the relatively peaceful years that followed, Kellermann slowly worked his way up the ranks, being promoted to mestre de camp in 1784. Four years later in 1788 he was promoted to maréchal de camp and his service record from the Ministry of War mentions that he was "very intelligent and informed. A good officer."

By the time of the Revolution, Kellermann was already a general and ready to help defend France. In 1791 he was placed in charge of Haut-Rhin and then Bas-Rhin, and in March of 1792 he was named a Commander of Saint Louis and promoted to lieutenant general. Events were moving quickly, and in May he commanded the camp of Neukirch and in July the camp of Wissembourg. August of 1792 saw Kellermann appointed commander-in-chief of the Army of the Center in place of Marshal Luckner, and he took his command in early September. His men, a collection of experienced soldiers and volunteers, were in no shape for combat but he quickly began drilling and training them, pairing groups of soldiers with groups of volunteers.

At the time, General Dumouriez was commanding the Army of the North and intent on stopping the Prussian advance on Paris. Dumouriez held higher command and sent Kellermann an urgent request for him to march his army to join together and halt the Prussians at Valmy. Even though Kellermann was reluctant to commit to battle with such untested troops, he marched to Dumouriez's orders and they met up at Valmy. During the Battle of Valmy that followed, Kellermann's soldiers held strong until an ammunition wagon exploded and sparked a panic. Kellermann rode among his men and rallied them, and the Prussians decided that advancing on Paris was not worth the trouble and withdrew. Kellermann then led his army forward and retook Longwy and Verdun.

Despite his success with the Army of the Center, Kellermann was relieved of command in November and instead sent to the Army of the Alps. He took command of that army that December and then in April of 1793 he was summoned to Paris to account for his actions. Kellermann defended himself and avoided the guillotine, and he was sent back to command the Army of the Alps and the Army of Italy that May. In August he was ordered to lay siege to Lyon which was opposing the Republic, and he successfully retook the city.

In September of 1793 the National Convention relieved Kellermann of his command, but the representatives on site maintained his command until an order to arrest him was dispatched in October. Kellermann was immediately arrested and transported to the prison of l'Abbaye. He spent the next year in prison, dodging the guillotine only because his trial kept being delayed in favor of other ones. By the time Kellermann finally faced trial, the instigators of the Reign of Terror had been overthrown and he was acquitted.

March of 1795 saw Kellermann returning to command the Army of the Alps and the Army of Italy. Seven months later his command was restricted to just the Army of the Alps, and then in September of 1797 that army was disbanded and reorganized into other units, so Kellermann was sent to command the 7th military division. His next major tasks were to be investigative administration, for he was tasked to help reorganize the cavalry and lead a committee that examined the quality of fortresses. In September of 1798 Kellermann was named inspector general of cavalry of the Army of England, and then in 1799 he became inspector general of French troops stationed in the Batavian Republic.

At the end of 1799, Kellermann became a senator and he later became the president of the Senate. After the establishment of the Empire in 1804, Kellermann was named a Marshal of the Empire and the following year he received the Grand Eagle of the Legion of Honor.

When war broke out in 1805, Marshal Kellermann was given command of the III Reserve Corps which guarded the Rhine. The next year he commanded a reserve corps of the National Guard. In 1808 Napoleon recognized Kellermann's contributions by making him the Duke of Valmy in honor of his contributions to that famous victory. Kellermann would continue to command reserve units from 1809 up until Napoleon's abdication in 1814.

The restored Bourbons named Kellermann a Peer of France and gave him the Grand Cross of Saint Louis. When Napoleon escaped from exile in 1815 for the Hundred Days, Kellermann kept away from all the events of the time and therefore did not antagonize either side.