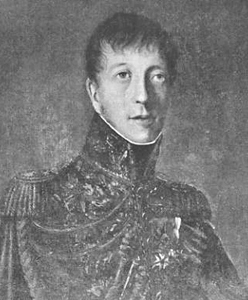 Général de brigade of engineers who was killed at Saragossa

Of noble birth, André-Bruno de Fréval de Lacoste was the son of a lieutenant colonel of infantry who decided to follow in his father's footsteps and embark on a military career. Joining the army in 1793 as an engineer, he initially served with the Army of the North until September of 1794 when he went to the Army of the Western Pyrenees at his brother's request. In 1795 Lacoste was sent to Bayonne and then to the school at Metz. When he left Metz in April of 1796 he left as a lieutenant of engineers and he was then sent to the Army of the Rhine and Moselle, serving at Biberach later that year. The next year Lacoste served during the crossing of the Rhine and then was sent back to the school at Metz where he took and passed the exams.

1798 saw Lacoste employed with the Army of the Orient. After arriving in Egypt, Lieutenant Lacoste was put to work at Damietta, El Arisch, and Jaffa. At Jaffa he was wounded but a promotion to capitaine followed a week later. Continuing on the campaign, Lacoste served at the Siege of Acre where he was again wounded. Later that year, Lacoste fought at Abukir and then directed the fortifications of the defense of Kosseir. Lacoste remained in Egypt after General Bonaparte had departed and he served at the Battle of Héliopolis in 1800. In 1801 Lacoste again worked on fortifications and he was promoted to chef de bataillon by General Menou.

Finally arriving back in France of November of 1801, Lacoste was sent to Mantua to direct the fortifications there. Five years later in 1806 he joined the Army of Naples, served at the siege of Gaeta, was promoted to colonel, and then took command of the engineers of VII Corps. As part of the Grande Armée, Lacoste served in Prussia and Poland during the campaigns of the fall and winter of that year, and then in April of 1807 he became an aide-de-camp to Napoleon. The following month Lacoste was sent to the Siege of Danzig and rewarded as an Officer of the Legion of Honor and Knight of the Order of Saint Henri of Saxony. Continuing to serve, Lacoste fought at Friedland where he was wounded and then he served at the siege of Stralsund.

In the following months, Colonel Lacoste received more rewards, becoming a Knight of the Iron Crown and a Count of the Empire. During the summer of 1808 he was sent to Spain to take command of the engineers at Saragossa. That August Lacoste was promoted to général de brigade and after the siege was lifted he was sent to command the engineers of III Corps. When the French returned to lay siege to Saragossa again, Lacoste again commanded the engineers. On February 1st of 1809, he was at the front and wounded by a shot, and he died the following day from this wound.