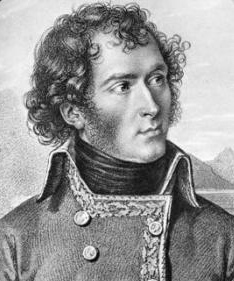 Continuing to serve on Macdonald's staff, Mathieu de Saint-Maurice followed that general to the Army of the Sambre and Meuse in 1797 and then the Army of Italy in 1798. In August of 1798 he seized Terracine from rebels and then in September he was promoted to général de brigade. December of 1798 was a busy month for Mathieu de Saint-Maurice as he seized Vignanello, Magliano, Otricoli, and Cavli before winning in battle at Ceprano and Garigliano. Continuing to fight, he served at Capua in January of 1799 where his right arm was broken by a shot of grapeshot. Afterwards he returned to France to look after his wound and a few months later he was promoted to général de division. Mathieu de Saint-Maurice's next major command came in December when he was ordered to command a corps at Brest. In May of 1800 he was ordered to command the 20th military division and then in November he joined the Army of the South and went on to serve in Naples.

By mid 1802 Mathieu de Saint Maurice had returned to France and he took command of the 11th military division at Bordeaux. In 1803 he assumed command of an infantry division that in 1805 would become the 2nd Division of Marshal Augereau's VII Corps. Serving throughout the campaign of 1805, that November Mathieu de Saint-Maurice took the surrender of General Jellachich at Feldkirch.

In 1806 General Mathieu de Saint-Maurice was sent to Naples and he passed to the service of Naples and King Joseph Bonaparte, Napoleon's brother. This assignment was probably due to his marriage to Honorine Thérèse Lejeans, a niece of Julie Clary, the wife of Joseph Bonaparte. In 1807 he was named a Knight of Iron Crown and in 1808 he was ordered to command Calabria and prepare an expedition to Sicily. When the French moved into Spain that year and Joseph Bonaparte was declared King of Spain, Mathieu de Saint Maurice went with him and took command of a division of III Corps. In October of 1808 he fought at Lérin and then the next month he fought at Tudela before taking command of a division in VI Corps and then winning at Buberica. However, he fell ill immediately after his victory and had no choice but to go on leave for six months.

In 1810 Mathieu de Saint-Maurice was named a Count of the Empire and he returned to duty in June when he joined the Army of Catalonia. That August he was named governor of Barcelona and Lower Catalonia, and then in 1811 he repulsed an attack at Montjuich and fought at Montserrat. Continuing to serve in Spain, in 1812 Mathieu de Saint-Maurice won at Altafulla and then in 1813 he took part in the relief of Tarragona. He returned to France with Joseph Bonaparte in 1814 and then took part in the defense of Paris before Napoleon's abdication.