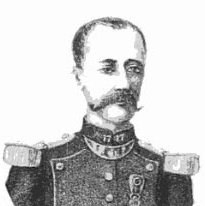 The son of a school rector, Jacques Joseph Oudet began his military career when he was elected capitaine in the 1st Battalion of Volunteers of Jura in August of 1792. Joining the Army of the Rhine, he went on to serve at the Siege of Mainz in 1793 where he was promoted to capitaine and where he also was wounded by a sabre blow to the right leg. After the surrender of Mainz, Oudet was sent to the Vendée to serve against the rebels and in September he was badly wounded near Cholet. This wound kept Oudet out of the army for the next three years. He finally returned to the army in 1796 as an assistant to Malet and over the course of the next few years he was employed by the Army of the Rhine and Moselle and the 6th and 7th military divisions. In August of 1799 Oudet was promoted to chef de bataillon and in 1800 he was sent to the Army of Italy where he was wounded in the right arm by a shot at the combat of San Bartolomeo.

After the peace that followed, Oudet was named major of the 63rd of the Line in December of 1803. In March of 1804 he was named a Knight of the Legion of Honor. From 1805 to 1807 Oudet served with the Grande Armée on campaign and in May of 1807 he took command of the 8th Regiment of grenadiers and voltigeurs in General Oudinot's division. The next month he fought at the Battle of Friedland where he distinguished himself by his bravery. In 1808 Oudet was named an Officer of the Legion of Honor and in January of 1809 he was promoted to colonel of the 17th of the Line. Taking part in the Danube campaign against Austria that year, Oudet was wounded in the left cheek at the combat of Abensberg in April. In June he was named a Baron of the Empire and in July he fought at the Battle of Wagram where he was severely wounded. He was transported to Vienna where he died of his wounds a few days later.

Oudet is known for his alleged ties to the Philadelphes, a secret society related to freemasonry. Oudet was allegedly head of the movement from 1795 to 1801 and he was allegedly succeeded by Moreau. After Napoleon's rise to power in the government, the movement became decidedly anti-Bonapartist and dedicated to the overthrow of Napoleon due to his departure from republican ideals. Another alleged prominent Philadelphe leader is Malet, known for his failed attempt to overthrow Napoleon's government in 1812.1