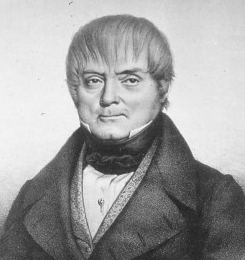 Napoleon's famous spymaster, Karl Ludwig Schulmeister, called Charles by the French, was the son of a man with a variety of careers. His father worked as a pastor, metalworker, grocer, shopkeeper, and smuggler, and Charles Schulmeister most likely learned the art of smuggling from his father. Due to the clandestine nature of his trade, much of his life and achievements are shrouded in mystery.

Charles Schulmeister initially started as an agent in the service of Austria, though at some point during the wars of the Revolution he most likely began to work for French Republic as a double agent. During his time as a smuggler he had acquired a number of contacts and agents and he made the acquaintance of French officer Anne-Jean-Marie-René Savary. When war was brewing in 1805, General Savary, now an aide-de-camp to Napoleon, was sent on reconnaissance into Germany in August. Savary recruited Schulmeister at Strasbourg and both men went into Germany in disguise.1

After the pair of spies returned to Strasbourg, in October they went undercover again, and this time Schulmeister traveled to Ulm to meet an old acquaintance who was serving on the intelligence staff of the Austrian army. Schulmeister offered to assist the Austrian intelligence services, providing false documents of Napoleon's plans and news of discontent with Napoleon's rule within France. Intrigued by this information, his acquaintance introduced him to the commander of the Austrian forces, General Mack, who also desired the information and agreed to add Schulmeister to the staff. Before long, two letters from reliable sources in Stuttgart arrived that added to the information Schulmeister had provided, indicating that the British were landing a force in France and there were uprisings against Napoleon. The letters were actually forgeries sent by Schulmeister before he had arrived, but Mack then sent Schulmeister to Stuttgart to verify the authenticity of the intelligence. Mack had been planning to withdraw from Ulm, but due partially to his belief that Napoleon was retreating to France he decided to hold his position.2

Unbeknownst to General Mack, the Grande Armée was closing the trap around his forces at Ulm, and his delay in maneuvering and overconfidence led to the trap being closed. When it became clear that no help was coming, Mack had no choice but to surrender his forces at Ulm with barely a shot being fired. Recognizing that Schulmeister had contributed to Mack's inactivity at Ulm, Napoleon told his officers, "Gentlemen, all respect to Charles, who I estimate highly, because he was worth an army corps of 40,000 men to me."3

However, the campaign was far from over, as the Russian Army was advancing to join another Austrian army. At the end of October, Schulmeister and a colleague set out into Austria to gain more information. While there, they added a third agent to their group, but this agent revealed to the authorities that the two were spies. Seized and arrested, the two spies were transported to Vienna and interrogated, then ordered to the fortress of Koniggratz. Four soldiers were detailed to transport the prisoners, but disregarding their orders they beat the two spies and left them for dead by the side of the road. Both men survived and attempted to make their way to safety, but Schulmeister's partner died a few days later in a hospital, while Schulmeister himself traveled in disguise to Vienna.4

After the French took Vienna, Schulmeister met up with General Savary and he was appointed commissioner of the police of Vienna. During his time in Vienna, he continued to gather intelligence but also kept the city safe from crime or looting.

After the conclusion of the campaign, Schulmeister grew rich with rewards and returned to France, but Napoleon refused to award him the Legion of Honor. In 1806 Schulmeister took part in the campaign against Prussia, continuing to supply Napoleon and his staff with intelligence about enemy movements. After the collapse of the Prussian army, Schulmeister led a small contingent of cavalry soldiers in convincing the town of Wismer and its garrison to surrender. He continued to use his contacts and his own skills to gather intelligence into 1807, and he was present at the Battle of Friedland where he was wounded by a shot across his forehead.5

By 1809, Schulmeister's fame had grown such that he could no longer move about freely in enemy territory despite his skill with disguises. During the Danube campaign against the Austrians that year, after the French took Vienna he was again appointed to run the police of Vienna to prevent crime and looting. Afterwards, when Savary was appointed the Minister of Police, he employed Schulmeister in the Ministry of Police back in Paris.

During the defense of France of 1814, the Austrians ordered Schulmeister's arrest and the invading armies ransacked his properties. Nevertheless, he evaded capture by going into hiding within France. When Napoleon returned to power in 1815 for the Hundred Days, Schulmeister rallied to him and served in intelligence duties during the campaign that June. However, this time he was captured by the Prussians and thrown in prison, and he had to pay a vast fortune to buy his release. Returning to France, he was placed under police surveillance and all of his attempts at starting businesses failed, eventually leaving him quite poor. Finally an old friend provided a tobacco shop in Strasbourg for Schulmeister to earn a small income until his death due to heart failure.6