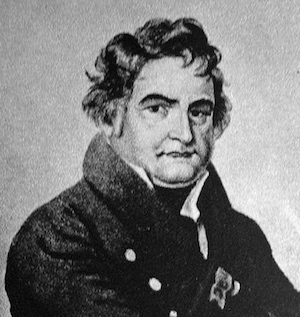 Six years later in 1808 Allix was authorized to pass to the service of the Westphalia where he was named a général de brigade. In 1809 he took command of the artillery of the X Corps of the Army of Germany that served under King Jérôme Bonaparte. In 1812 Allix joined the campaign against Russia by serving as commander-in-chief of the artillery and engineers of the VIII Corps of the Grande Armée, again serving under King Jérôme. That year Allix was promoted to général de division and he was named a Knight of the Legion of Honor. In 1813 Allix defended Cassel which he surrendered in September and he then returned to France, rejoining the French army in November as a général de brigade. In February of 1814 he commanded the city of Sens where he pushed back the enemy before then evacuating the city. Next Allix reoccupied Melun, drove out the Austrians and cossacks from the forest of Fontainebleau, and seized Nemours. A week later he was promoted to général de division and then given command of the 18th military division. Allix organized the levée en masse of the département of Yonne and then had to fall back to Auxerre.

After the abdication of Napoleon and the restoration of the Bourbon monarchy, Allix was put on non-activity. When Napoleon returned to power in 1815 for the Hundred Days, Allix rallied to him and was initially given command of the 1st Division of Drouet d'Erlon's Corps. However, he did not take the command, instead becoming president of the commission of higher police of the 16th military division established at Lille. After the loss at the Battle of Waterloo, Allix was ordered to fortify and defend Saint-Denis and he then served on the Loire. He was named in the royal ordonnance of July 24th, 1815 and then imprisoned at Besançon. Finally he was authorized to leave the country and he retired to Westphalia until he was allowed to return to France in December of 1818.