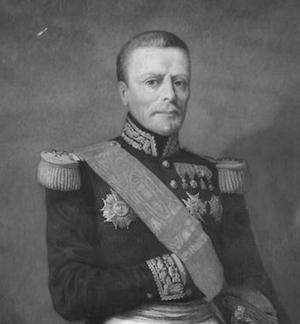 A student at the college of Valognes, Pierre Bonnemains was elected an adjudant-major in a battalion of the National Guard of Manche in April of 1792. The next year he was serving with the dragoons of Manche and he was commissioned as a sous-lieutenant. Sent to the Army of the North, Bonnemains joined the 12th Dragoons in 1794 and then he was wounded by a shot to the left hand during the crossing of the Rhine in October of 1795. In early 1796 he became an aide-de-camp to General Tilly and he joined the Army of the Sambre and Meuse. That July he was wounded at the combat of Hoechst. In 1797 Bonnemains served in the Army of Germany and then in 1799 he was promoted to capitaine. In 1800 he served in the French-Dutch army under General Brune and he was promoted to chef d'escadrons. Bonnemains joined the 16th Chasseurs à Cheval in 1801 and in 1803 he was named a major of the regiment.

In 1805 as the Grande Armée fought against the Third Coalition, Bonnemains served with the army in his regiment. In September of 1806 he was promoted to colonel of the 5th Chasseurs à Cheval, serving in Tilly's division. That October Bonnemains fought the Prussians, serving at Schleiz and Jena in October. In November he was wounded by a sabre blow to the left shoulder at Crivitz he then served at the action of Lubeck. In 1807 Bonnemains served at Mohrungen in January and at Braunsberg in February. He served at the Battle of Friedland in June under General Beaumont de Carrière. During the following peace, in 1808 Bonnemains was named a Baron of the Empire and he married the daughter of General Tilly.

In September of 1808 Bonnemains joined the I Corps of the Army of Spain and in November he served at Burgos. The following March he fought at Almaraz, Tuxille, Villamésia, and Medellin . Bonnemains' next major action came in July when he fought at the Battle of Talavera . In 1810 and 1811 he served in Andalucia and in August of 1811 he received a promotion to général de brigade. That November Bonnemains joined the light cavalry brigade of I Corps and then in 1812 he served at Algésiras and at Cadiz. He and his men covered the retreat of the Army of the South and then they won at Ocaña in October.

In April of 1813 Bonnemains was authorized to return to France. That September he was sent to Italy where he commanded a cavalry brigade under Mermet. In October he seized Casoni and won at Bassano, and then in November he served at Vago and Caldiero. Next Bonnemains served under General Grenier and in February of 1814 he won at Villafranca and then he fought at the Battle of the Mincio where he commanded the 1st Brigade of Mermet's division. He continued to fight the Austrians, serving at Casalmaggiore and repulsing the Austrian attempt to cross the Po at Sacca.

After Napoleon's abdication and the Bourbon Restoration, Bonnemains was named inspector general of gendarmerie. Nevertheless he rallied to Napoleon in 1815 when Napoleon returned from exile and resumed power without a shot being fired. Bonnemains was given a brigade of dragoons in the 6th Cavalry Division as part of Exelmans' corps. He served in Belgium that June, charging at Fleurus and then occupying Namus and Dinant. Upon the Second Restoration, he remained employed in the army.