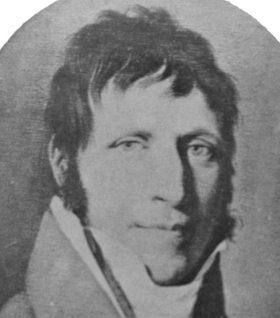 Joining the army during the Revolution, Louis Tirlet entered the army as a volunteer in the regiment of Bouillon in September of 1792. Seeing action almost immediately, he served at the Battle of Valmy later that month. Tirlet next began to study to join the artillery and in in January of 1794 he became a student at the artillery school of Châlons. Two months later he was commissioned as a lieutenant in the 1st Foot Artillery. Later in 1794 Tirlet joined the Army of the Sambre and Meuse and he stayed with that army until 1797. In August of 1795 he was ordered to prepare the crossing of the Rhine at Neuwied and then in May of 1796 he was promoted to capitaine commanding two companies of pontooneers. The next month he repaired the bridge at Neuwied and then at the end of the year he was promoted to chef de bataillon. Tirlet next served in Germany until 1798 when he joined the Army of the Orient.

Taking part in the expedition to Egypt, Tirlet served under General Andreossy. He explored Lake Menzaleh in October of 1798 and then the next year he was promoted to chef de brigade in September. Tirlet was also named chief of staff of the artillery of the Army of the Orient around this time and he served at the Battle of Heliopolis in March of 1800. After the French surrender in Egypt in 1801, he returned to France. Once back in France, Tirlet briefly served as director of artillery at Montpellier before being named colonel of the 8th Foot Artillery in April of 1802. The next year he was promoted to général de brigade and he commanded the artillery school at Douai. In 1804 Tirlet commanded the artillery of the camp of Utrecht and once the war was underway in 1805 he took command of the artillery of the Marmont's II Corps. On the campaign that year he served at Ulm, and then for the next three years he served in Dalmatia with Marmont.

After Napoleon's abdication and the Bourbon Restoration, Tirlet was named inspector general of artillery for Toulouse, Montpellier, Perpignan, and Bayonne. He was also named a Grand Officer of the Legion of Honor. After Napoleon's return from exile and resumption of power in 1815 for the Hundred Days, Tirlet was named to the II Corps of the Army of the North. However, that April he was suspended from his functions, suspected of being a royalist. Only a few weeks later his suspension was lifted in May and he was sent on a mission to the 12th, 13th, and 22nd military divisions to organize their artillery. He was placed on a temporary leave after Napoleon's second abdication.