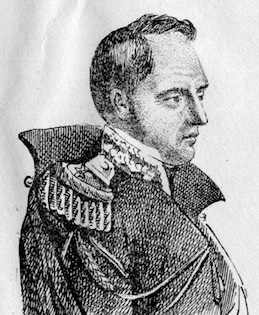 The son of a parish schoolmaster, Antoine Aymard volunteered to join the 7th Battalion of Aude in 1792. Sent to serve in the Army of the Eastern Pyrenees, he was promoted to capitaine in April of 1793. That August Aymard served on General de Flers' staff and then in September he was wounded by a ball to the right leg at Peyrestortes. After peace was obtained with Spain in 1795, in 1796 he joined the Army of Italy. In April Aymard served at the defense of the redoubt of Montelegino and then he became an aide-de-camp to General Laharpe. After Laharpe's death Aymard returned to his unit in time to serve at the Battle of Lodi . At the end of May he joined the 17th Light and then in August he served at Castiglione . In November Aymard served at Rivoli and then in March of 1797 he distinguished himself in the Tyrol. He remained in Italy and served at the Bormida, the defense of the chateau of Lomelino, and at Novi where he was wounded by a shot.

In the years of peace that followed, in 1803 Aymard was sent to the Army of the Coasts of the Ocean. In 1804 he was promoted to chef de bataillon in the 8th of the Line and he served with the Army of Hanover. When the Grande Armée marched east to confront Austria and the Third Coalition in 1805, Aymard served with Marshal Bernadotte's I Corps. During the campaign he served at the combat of Dransfeld, at Gunthersdorff, and the Battle of Austerlitz. For the campaign against Prussia of 1806, in October Aymard fought at the combat of Halle where he was wounded. He went on to serve at Krivitz and Lubeck and then he seized Travemünde in November. In January of 1807 Aymard fought at Mohrungen where he was wounded by a shot to the chest. The next month he was promoted to colonel and placed in charge of the 32nd of the Line. That June Aymard distinguished himself at the Battle of Friedland.

Recalled to France in April of 1813, Aymard was attacked with his convoy at the bridge of Arnimon. Once back in France he was promoted to général de brigade and he served in Saxony, and then in August he joined the 4th Division of the Young Guard. In October Aymard seized the defile of Wethau near Naumbourg, fought at the Battle of Leipzig where he was wounded in the left shoulder, and then served at Hanau. For the defense of 1814 he took command of the 1st Brigade of Roguet's 6th Division of the Young Guard at Antwerp. In January Aymard served at the combat of Turnhout and then in February he served at Deurne and drove the enemy out of the country. The next month he rejoined the I Corps at Ghent and then served at Courtrai.

After Napoleon's abdication and the Bourbon Restoration, Aymard initially retired but then he was named a Knight of Saint Louis and given command of the département of Hérault. When Napoleon returned from exile in 1815 for the Hundred Days, Aymard helped to organize the Young Guard but did not go on the campaign. Aymard retired again and in 1817 he married the daughter of General Milhaud. He returned to service in 1830 and he served as aide-de-camp to Louis Philippe from 1841 to 1848.