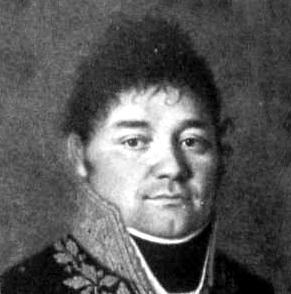 The son of a locksmith, François Roguet was a solid infantry commander who eventually was referred affectionately to by his soldiers as "Old Man Roguet" or "Father Roguet". Originally enlisting in the infantry in May of 1789, in late 1791 he joined the 1st Battalion of Haute-Garonne and served with the Army of the Alps. The next year, he transferred to the Army of Italy where he would spend the next seven years. Despite his lack of knowledge or experience with training, one of his first tasks was to drill and train new recruits. As the new recruits began to stream in, Roguet feigned illness for three days and studied the drill manuals until he felt confident enough that he could teach the new soldiers.1

1795 saw Roguet in combat and wounded by a ball that went through his left leg during the assault on the fort of Savone. The next year when General Bonaparte took command of the Army of Italy, Roguet participated throughout the Italian campaign. In May of 1796 he switched units to the 32nd Ligne, and in December he became chef de bataillon of the 33rd Ligne in Joubert's division.

The next significant moments in Roguet's career came in 1799. Fighting at Pastrengo in March, he was wounded by a shot to the right leg. In the next few months, he punished the insurgents of Liguria and then in June he was promoted to chef de brigade of the 33rd Ligne on the field of battle. That August Roguet was placed in charge of the flanqueurs of the left of the Army of Italy and fought at Novi . Later he served at Fossano and then the Var.

In 1803 Roguet was promoted to général de brigade and sent to the camp of Montreuil. As war broke out in 1805, he took command of the 2nd Brigade of the 2nd Division of VI Corps, serving at Elchingen and seizing the fort of Scharnitz. In 1806 he continued to serve as a brigade commander in VI Corps, and then in 1807 he took command of the 1st Brigade in Bisson's division. With that unit Roguet fought in June at Guttstadt where he was wounded by a shot to the left foot and taken prisoner. A month later he was released and he took up an administrative position with the 1st military division.

Roguet was rewarded in 1808 by being made a Baron of the Empire. That September he traveled to Spain to become commander of the 1st Brigade of an infantry division under General Sebastiani in IV Corps. After serving at Durango that October, he continued on with the army until March of 1809 when he returned to France to take up a position with the Imperial Guard. Made colonel of the Grenadiers à Pied of the Imperial Guard, he served in Austria, and then at the end of April he was made commander of the brigade of Tirailleurs of the Guard. After serving at Aspern-Essling , Roguet took command of the 2nd Brigade of the 1st Division of the Young Guard to serve at Wagram .

At the end of 1809, General Roguet was tasked with leading the 1st Division of the Young Guard to Spain. Once there, he served primarily in the Vieille-Castille region of Spain, usually under the orders of General Dorsenne. In September of of 1810, he was victorious over the guerillas at Yuanguas, and then two months later again at Belozado. After growing frustrated with the guerrilla warfare, Roguet decided to turn the guerrillas against one another. Drawing up fake documents about an agreement between himself and various guerilla bands, he ensured that these documents would fall into different guerrilla bands' hands. Before long the rival bands were filled with mistrust for one another.2 For his excellent work, in July of 1811 Roguet received a promotion to général de division.

In 1812 Roguet was recalled to France to take part in the Russian campaign, taking command of the 2nd Division of the Young Guard under Marshal Mortier. He fought at Borodino and Krasnoe, and was known for being unbreakable despite the horrors of the retreat. In January of 1813 Roguet was temporarily in charge of the Imperial Guard with Prince Eugene. That April he took command of the Old Guard in Saxony, and in May fought at Lutzen and Bautzen. In August Roguet took command of the 4th Division of the Young Guard and was bruised by a ball to the left side during the fighting at the Battle of Dresden. Two months later he was back in action, fighting at Leipzig and Hanau.

Sent to Belgium, Roguet took command of the 6th Division of the Young Guard. He attacked Bréda without success in December, and then in January was defeated at Turnhout. For the next two months he served in the defense of Antwerp, and received the honor of being a Count of the Empire.

The returning Bourbons treated Roguet well, making him a Knight of Saint Louis, but nevertheless he rallied to Napoleon for the Hundred Days. Napoleon gave him a command as colonel of the Grenadiers à Pied of the Guard, which he led into action at Waterloo. Afterwards, he was placed on non-activity.