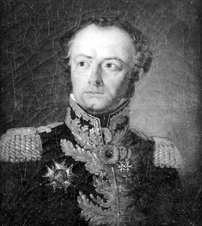 The son of a lawyer of parlement, Charles Auguste Jean Baptiste Louis Joseph Bonnamy de Bellefontaine entered the army in June of 1792 as a sous-lieutenant. Sent to the Army of the North, he served in Argonne and Belgium under General Dumouriez and then in 1793 he served in the Army of the Ardennes. That year Bonnamy joined Dampierre's staff and later he was sent to the Army of the Coasts of La Rochelle where he served under Kléber. In 1794 he joined the Army of the Sambre and Meuse and he was promoted to chef de bataillon. The following year Bonnamy was promoted to chef de brigade and he served as Kléber's chief of staff during the blockade of Mainz. During the attack on Mainz of July 29, 1796, Bonnamy distinguished himself. That September he served at Altenkirchen but then in November he was dismissed for having favored the supply of the Austrian garrison of Ehrenbreitstein.

Bonnamy was cleared of any wrongdoing in April of 1797 and he returned to duty in the Army of the Rhine and Moselle. He went on to serve in the Army of Germany, the Army of Switzerland, and the Army of Mainz and then in December of 1798 he was sent to the Army of Rome to become General Championnet's chief of staff. On December 15 Bonnamy repulsed an attack from the émigré General Damas and Championnet promoted him to général de brigade. In March of 1799 Bonnamy was arrested alongside his commander Championnet for excessive usage of power and he was suspended. Four months later in July Bonnany's suspension was annulled and then he returned to the army in August, joining the Army of the Rhine. At the end of the year he he served at Kehl. In April of 1800 Bonnamy joined Ney's division and then in May he served at Messkirch before being sent to lead reinforcements to Italy. At the end of the year he retired.

Bonnamy returned to the army in March of 1811, retaining his former rank of général de brigade. He took command of the 3rd Brigade of Morand's 1st Division in I Corps. For the campaign against Russia of 1812, he served at Smolensk . In September at the Battle of Borodino, his troops seized the great redoubt for the first time but a Russian counterattack overwhelmed him and his men. In the midst of all the intense fighting, Bonnamy was wounded somewhere between thirteen and twenty two times. Covered in wounds, Bonnamy either shouted he was Murat or the Russian troops mistakenly thought he was Murat, for they took him prisoner instead of killing him and a rumor began to spread among the Russian troops that they had captured Murat. Bonnamy was taken to the Russian commander Kutuzov who immediately called for a doctor upon seeing Bonnamy covered in wounds.1

Bonnamy was finally returned from captivity in August of 1814 after the Bourbon Restoration and he was put on non-activity. The Bourbons promoted him to lieutenant general but left him on non-activity. He served briefly in July of 1815 to help maintain order in the infantry near Paris.