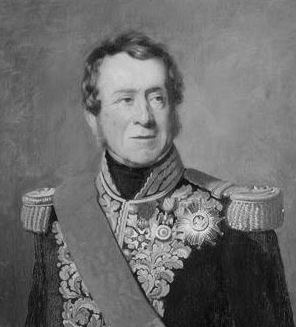 The son of Charles François Lebrun who would become the Third Consul of the Cosulate and the Arch-Treasurer of the empire, Anne Charles Lebrun was commissioned a s sous-lieutenant in the 5th Dragoons in December of 1799 after his father became a consul. He served with the Army of the Reserve in 1800 as an aide-de-camp to the First Consul, Napoleon Bonaparte. At the Battle of Marengo Lebrun was by Desaix's side when Desaix was killed. In 1801 he was promoted to lieutenant in the staff of the Guard of the Consuls and at the end of the year he was promoted to chef d'escadrons. In 1804 Lebrun was promoted to colonel of the 3rd Hussars and he was sent to the camp of Montreuil to serve under Ney. When the Grande Armée left France to fight the Third Coalition, Lebrun served in Ney's VI Corps but he was then called to be an aide-de-camp to Napoleon again. He served at the Battle of Austerlitz where he distinguished himself in the pursuit of the defeated Austrian army. Lebrun was then given the honor of being the first to bring to Paris the news of the victory.

For the campaign against Prussia of 1806, Lebrun led the 3rd Hussars. At the Battle of Jena on October 14th, 1806, he and his men cut down multiple Saxon battalions and took their flags. The following February Lebrun and his men fought at the Battle of Eylau where they charged the Russian infantry. In March of 1807 he was promoted to général de brigade and named an aide-de-camp to Napoleon again. He fought at the Battle of Friedland in June and was wounded during the fighting. Afterwards Lebrun served as inspector general of cavalry in the 16th and 24th military divisions.

In 1808 when Napoleon personally traveled to Spain to command the French army there, Lebrun joined Napoleon as an aide-de-camp again. Napoleon then returned to France and in April of 1809 Napoleon had to travel to Germany to take command of an army to defend Bavaria and France from the Austrians. That May Lebrun rejoined the emperor and in July he charged the Austrian artillery at the Battle of Wagram . At the end of the year he was employed in defending Antwerp and other areas along the coast of Belgium and Holland. Lebrun's next major career event came in 1811 when he took command of a mobile column ordered to search for insurgents and deserters in the 14th military division.

Napoleon abdicated in April of 1814 and the Coalition forces restored the Bourbons as the French government, and Lebrun was well treated. Lebrun was named inspector general of hussars and a Knight of Saint Louis. In 1815 Napoleon returned from exile and resumed power for the Hundred Days and Lebrun was again named an aide-de-camp to the emperor. In May Lebrun was elected a representative of the département of Seine-et-Marne in the Chamber of the 100 Days, but nevertheless he joined Napoleon as an aide-de-camp in June of 1815. He participated in the short campaign that month and afterwards he was put on non-activity until 1818.