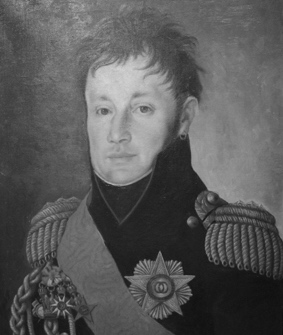 From the city of Brescia in Italy, Giuseppe Lechi initially began his military career by traveling to Vienna and joining the Austrian army. Sometime after that he returned to Italy and during General Napoleon Bonaparte's successful Italian campaign of 1796, Lechi joined the Cisalpine Legion. In 1797 he was named a général de brigade of Cisalpine troops and he also took part in the uprising of Brescia which brought Brescia away from Austrian rule. Lechi was next put in charge of French and Lombardy troops to fight Venetian insurgents near Salo. In 1798 he occupied the cities of Urbino and Gubbio, and then in 1799 he served under General Dessolle in Valteline. Later in 1799 Lechi served at the combat of Wormser Loch, Taufers, and then in Piedmont. That October he was ordered to recruit a militia at Genoa and then organize an Italian Legion at Toulon.

At the end of 1799 and after Napoleon's rise to power as First Consul, Lechi was named a général de brigade in the service of France. For the Italian campaign of 1800 he commanded the Italian Legion which formed part of General Victor's corps in the Army of the Reserve. During that campaign, Lechi defeated the Prince of Rohan at Varallo in May, then crossed the Tessin at Sesto-Calende at the start of June. Next he seized Lecco and then took Bergame and Brescia. After the campaign Lechi passed to the service of the Cisalpine Republic where he was named a général de division. In the meantime he was placed under General Macdonald's orders in December of 1800 and he served at the action of Trente in January of 1801.

Lechi continued to serve in Italy but at the end of 1801 he traveled to Lyon to take part in the Consulte Extraordinaire at Lyon about the future of Italy. Lechi represented Brescia and the end result of the discussion was the formation of the Italian Republic. Next Lechi was named a member of the Italian Corps Législatif in the Italian Republic, but he also returned to the army in September where he commanded a division at Milan. In 1803 he commanded a division at Pouille and then in 1804 he traveled to Paris to take part in the coronation ceremony of Napoleon and Josephine.

In 1805 as the Grande Armée moved east to deal with the Austrian threat, Lechi was back in Italy and serving in the 2nd Division under General Gouvion Saint-Cyr. He served at Castelfranco that November and then was placed under the orders of Marshal Masséna. Given Naples' duplicity, Lechi then joined the French Army of Naples in 1806 to conquer Naples. He served on that campaign as part of III Corps commanded by General Duhesme and his men seized Pescara. After Joseph Bonaparte took the throne of the Kingdom of Naples, Lechi joined the Neapolitan Army.

At the end of 1807 Lechi was ordered to Avignon to form an Italian division. In early 1808 his division became the 2nd Division of Duhesme's corps. Moving into Spain, he entered Catalonia and seized the citadel of Barcelona with a surprise attack. That June Lechi served at the combat of El-Rey and then he was named commander of Barcelona, a post he would hold for the next year. Regardless, he continued to serve in combat, taking command of the 3rd Division of Gouvion Saint-Cyr's V Corps and serving at Saint-André in November of 1808 and later the Siege of Gerona in May of 1809. During his time in French service he had been named a Commander of the Legion of Honor and a Commander of the Iron Crown.

In September of 1809 Marshal Augereau relieved Lechi of command and the following year he was called back to Paris. Lechi was arrested in November of 1810, accused of misappropriations and abuse of power during his time in Catalonia. He was secretly imprisoned at l'Abbaye and then transferred to Vincennes. However, Lechi was not put on trial, and instead Marshal Murat, the King of Naples, requested Lechi's release. The French gendarmerie conducted Lechi to the border of Naples and released him. For his part, Lechi was now dedicated to Murat, and when Murat turned against France in early 1814, Lechi followed Murat's orders and occupied Tuscany. Afterwards, he signed the convention of Lucques with Fouché.

In 1815 when Murat attempted to unite Italy against Austrian oppression, Lechi took command of a Neapolitan division. He distinguished himself at Massa in April but was then beaten at Forlimpopoli. That May he fought at the Battle of Tolentino where Murat's cause was ultimately lost. With dreams of Italian unity now lost, Lechi eventually returned home and he did not take an active part in politics or the military again.