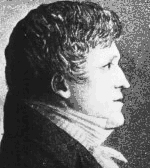 Joining the army in January of 1792, Eugène-Casimir Villatte's first military assignment was as a lieutenant in the 13th Infantry Regiment. Four months later he was promoted to lieutenant and serving with the Army of the Rhine. In December of 1793 Villatte fought at Haguenau where he was wounded by a shot, but the next day he received a promotion to capitaine. He then went on to serve in the Army of the Sambre and Meuse where he became an aide-de-camp to General Bernadotte.

In January of 1797 Villatte followed Bernadotte to the Army of Italy. Two months later he served at the crossing of the Tagliamento and then the action of Gradisca, and that July Villatte was promoted to chef de bataillon by General Bonaparte. In 1799 Villatte was serving with Soult's division and he was wounded by a shot near Zurich before he was employed in the 17th military division. The next year he was placed with the Army of the West and then in 1801 he was sent to Brest to serve a chief of staff for an expedition that was eventually abandoned.

In 1803 Villatte was promoted to général de brigade and attached to the camp of Montreuil. When war broke out in 1805, he took command of the 1st Brigade of Loison's division in Marshal Ney's VI Corps. Serving on the campaign that fall, Villatte fought at Elchingen where he seized the bridge. The next year he was placed with Marchand's division and he fought at the Battle of Jena. In 1807 Villatte received a promotion to général de division and served at Spanden.

Villatte was next sent to Spain in 1808 where he would spend much of the rest of his Napoleonic career. That October he served at Durango, and then in November he fought at Guenès, Valmaseda, and Espinosa before he served at Madrid in December. Continuing to fight into 1809, Villatte served at Uclès in January, Medellin in March, and Talavera in July. In the meantime he was awarded the Grand Cross of the Order of Charles-Frédéric of Baden. In 1810 Villatte took command of the 3rd Division of the Army of the South under Marshal Soult, and in 1811 he fought at and was wounded at Chiclana. Still serving under Soult, in 1812 Villatte seized Algésiras but was then forced to evacuate it less than a month later. The following year he served at Irun before being beaten on the Bidassoa and then wounded on the Nive.

Due to his wound, Villatte quit his command. He returned to duty in January of 1814 to serve on the staff of the Army of the Pyrenees under General Clauzel. The next month Villatte took command of the 6th Infantry Division and then took part in the Battle of Orthez . That March he served at Aire and then in April he fought at the Battle of Toulouse .

After Napoleon's abdication in 1814, the returning Bourbons appointed Villatte inspector general of infantry in the 11th military division. Later they made him a Knight of Saint Louis and added the 20th military division to his jurisdiction. When Napoleon escaped from Elba in 1815 for the Hundred Days, Villatte did not rally to him and did not serve. Afterwards, Villatte was one of the generals selected to judge Marshal Ney, but that council of war eventually found itself incompetent and the trial was moved to the Chamber of Peers.1