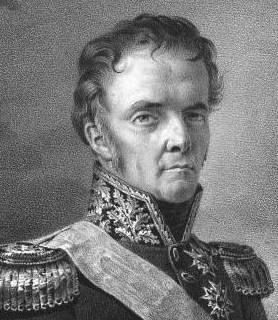 Volunteering during the Revolution, Philibert-Jean-Baptiste-François Curial first joined the army at age eighteen in 1792 when he joined the Legion of Allobroges. A year later he was capitaine of the 1st Battalion of Volunteers of Mont Blanc and then he and his men were assigned to the Army of the Eastern Pyrenees. In 1796 Curial served with the 69th of the Line and he went to the Army of Italy where he remained until 1798 when he was sent to Switzerland.

Captain Curial was next designated for the Army of the Orient in 1798 and during his service there he was promoted to chef de bataillon by General Bonaparte in May of 1799. The next year General Menou promoted Curial to chef de brigade in September, and then in 1801 Curial served at the Battle of Canope where he was wounded by a shot to the left arm and chest.

After leaving Egypt and returning to France, in 1803 Curial became colonel of the 88th of the Line and his unit became part of General Suchet's division. Taking part in the campaign of 1805, he fought at the Battle of Austerlitz. The next year Curial was selected to join the Imperial Guard as a major in the Chasseurs à Pied. After Prussia declared war in October of 1806, Curial fought at Jena and Eylau and then received a promotion to colonel in the guard. Continuing to fight when the campaign resumed later that year, Curial served at the Battle of Heilsberg where he was wounded by a shot to the head, and then later that month he was promoted to général de brigade. More rewards followed, with Curial becoming a Knight of the Order of Saint Henry of Saxony, a Knight of the Iron Crown, and a Baron of the Empire.

Curial's next assignment came in November of 1808 when he was sent to Spain, but a few months later he returned to Paris. When Austria declared war in 1809, Curial was given command of the 1st Division of the Young Guard. He took part in the campaign and fought at the Battle of Aspern-Essling and afterwards he received a promotion to général de division but kept his same position in the Young Guard. For the next few years Curial did not take part in any campaigns again until 1812. For the campaign against Russia of 1812 he commanded the 3rd Division of the Old Guard.

Throughout the campaigns in Germany during 1813, Curial continued to serve with the Imperial Guard, commanding different units in the Young Guard and Old Guard. At the Battle of Leipzig in October, he seized the position of Dolitz, and then after the retreat he fought at Hanau. Next General Curial was sent to Metz to reform some units of the Guard and while there he was awarded the Grand Cross of the Order of the Reunion.

In January of 1814 Curial rejoined Napoleon and was then given command of the 2nd Division of the Young Guard after Decouz was badly wounded at Brienne. Curial led his men into battle throughout the defense of France, and he and his men fought at La Rothière, Vauchamps , Craonne, Laon, and Fère Champenoise. Napoleon made Curial a Count of the Empire, and Curial took part in the defense of Paris at the end of the campaign.

After Napoleon's abdication, Curial was made a Peer of France and given the Grand Cross of the Legion of Honor by the restored Bourbons. When Napoleon returned to power for the Hundred Days of 1815, he sent Curial to Marshal Suchet who was commanding the Army of the Alps. Suchet gave Curial command of the 22nd Infantry Division, but after Napoleon's second abdication Curial was placed on non-activity by the twice restored Bourbons. Nevertheless, Curial participated in the trial of Marshal Ney and voted for deportation.

Curial's career resumed in 1820 and he became close with the Count of Artois, the future Charles X. While attending Charles X's coronation, he fell from his horse and was badly hurt. While he lived for a few more years, his health never fully recovered.