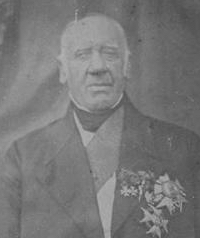 General who served in the Young Guard

In 1803 Rottembourg first joined the 62nd of the Line and then he was appointed major in the 56th of the Line. During the campaign of 1805 he served in Austria and then in 1806 he joined the Chasseurs à Pied of the Imperial Guard. Taking part in the war against Prussia, Rottembourg served at the Battle of Jena in October and then less than a week later he was promoted to colonel of the 108th of the Line. In April of 1807 his unit began serving with Friant's division. Rottembourg and his men were placed with the Army of Germany in 1808 and therefore they were present at the start of the War of the Fifth Coalition when Austria attacked Bavaria in April of 1809. That month he served at Tengen and Schierling and then in July he served at the Battle of Wagram where he was wounded. In August Rottembourg was recognized as a Baron of the Empire.

Rottembourg was called to France in 1811 and that July he was promoted to général de brigade in the Imperial Guard. Sent to the Army of the North in Spain, he remained in Spain until October of 1812 when he was ordered to lead two battalions of the Young Guard to join the Grande Armée, which was retreating through Russia. After arriving in Stettin in December Rottembourg was sent back to France to organize more infantry for the Young Guard. In February of 1813 he took command of the 1st Brigade of Barrois' division in the Young Guard. Rottembourg took part in the campaign in Saxony that year and in May he was honored as a Knight of the Iron Crown. In November of 1813 he was promoted to général de division and in December he took command of the 5th Division of the Young Guard. For the defense of France of 1814 Rottembourg commanded a division in Marshal Oudinot's corps. In February he served at the Battle of La Rothière and the combat of Bar-sur-Aube. The following month Rottembourg fought at the combat of Barse and the Battle of Arcis-sur-Aube.

Rottembourg was appointed inspector general of infantry during the first Bourbon Restoration. When Napoleon returned from exile in 1815 and resumed power for the Hundred Days, Rottembourg was given command of the 6th Division of Reille's corps. However, in June he was replaced by Jérôme Bonaparte and instead he was sent to command the 15th Division in the Army of the Rhine, serving under General Rapp. On June 25th Rottembourg and his men won at the combat of Seltz and on June 29th they defended Honheim. He retired in September but his retirement was brief for he resumed his career in 1816.