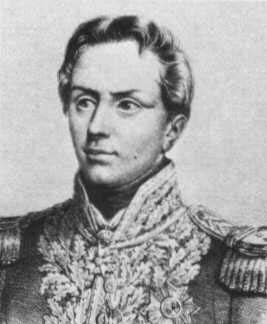 Alexandre Senarmont was a talented artillery officer, best known for inventing a new artillery tactic at Friedland. Entering the artillery school at Metz in 1784, a year later he left as a lieutenant to serve in the 2nd Regiment of Artillery of Besançon. As the Revolution got underway, he became a first lieutenant in the 7th Horse Artillery, and served in the Army of the Center and the Army of the North throughout 1792 and 1793. A captain in August of 1792, he became an aide-de-camp to his father, also an artillery officer, and fought at the siege of Anvers.

The next three years of Senarmont's career were spent with the Army of the Sambre and Meuse. Under Desjardin, he commanded the crew that built the bridge over the Sambre in June of 1794. Promoted to chef de bataillon in October of that year, he was appointed the deputy director of artillery at Douai. After serving in Germany in 1797, he fought with the Army of the Rhine in 1799.

1800 was a year of distinction for Senarmont. The newly formed Army of the Reserve needed a chief of staff of artillery under Marmont, and Senarmont fulfilled this duty admirably. He was one of the key officers in getting the artillery over the passes of the Alps and past the troublesome Fort Bard. At Marengo he distinguished himself in battle, and was promoted to chef de brigade a few months later.

The next year Senarmont went to Douai to fulfill his functions there, and in 1803 he was appointed the chief of staff of artillery at the camp of Brest. When war broke out, he served with the army and fought at Austerlitz. In July of 1806 he was promoted to général de brigade, and the next month became commander of his alma mater, the artillery school at Metz. His tenure there was shortlived however, as by November he was back in action as the commander of the artillery of Marshal Augereau's VII Corps, replacing General Dorsner. Early the next year he took command of I Corps' artillery.

Friedland was Senarmont's battle to shine, where he signaled the charge and led his men in a series of successive bounds to within 120 yards of the Russian line. Rolling to a stop, his artillery opened fire on the Russian line at this near point blank range for artillery, while the French infantry and cavalry attempted to keep any Russian counterattacks away from them. Napoleon grew concerned and sent Mouton to find out what was going on, but when asked Senarmont responded, "Leave me and my gunners alone, I'll answer for everything."1 Due to this daring action, about half of his men became casualties, but he inflicted thousands of casualties upon the Russians. Never before had artillery charged and fired at such close ranges, but this action was so devastating that other officers used this new tactic in future battles.2

After Friedland Senarmont became a Commander of the Legion of Honor and took a well earned leave, and then in 1808 once again took command of the artillery of Victor's I Corps. A busy year for Senarmont, later in 1808 he received the honors of being made a Baron of the Empire and a Knight of the Iron Crown, distinguished himself at Somosierra , and was promoted to général de division. He took charge of the artillery of the Army of Spain from Lariboisière in early 1809, served at Ocana , and then commanded the artillery at the siege of Cadiz, where he was unfortunately killed.