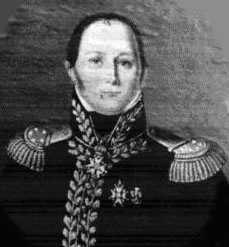 General who served throughout the Peninsular War, frequently under Clauzel, and was mortally wounded at Toulouse

The son of a farmer, Éloi Charlemagne Taupin first enlisted in the army in 1787 as part of the infantry regiment of the King. In February of 1791 he was dismissed from the army and then that September he joined the 1st Battalion of Volunteers of Oise as a sous-lieutenant. In January of 1792 Taupin was elected capitaine and he was sent to serve with the Army of the North. Two years later in 1794 he was promoted to chef de bataillon and then in 1795 he joined the Army of the Interior. Taupin's next significant event in his career was when he joined the Army of Switzerland in 1799. That August he fought at the action of Simplon. In 1800 Taupin was sent to Chalon-sur-Saône to command a provisional demi-brigade of battalions at the depot of the Army of the Orient. Next he joined the Army of the Reserve and in June he distinguished himself at the Battle of Montebello and then the Battle of Marengo. At the latter battle he was wounded in the shoulder by a blast of a shell. Taupin remained in Italy and in December of 1800 he served at Pozzolo.

In the years of peace that followed, Taupin received a sabre of honor in 1802 and in 1803 he served under Vandamme at Boulogne. In 1804 he served in the Army of Holland but then in 1805 he was promoted to colonel of the 103rd of the Line. Taupin's unit joined Gazan's division for the upcoming campaign and he was wounded by a shot to the left shoulder at the Battle of Dürenstein . Continuing on the campaign, he served at the Battle of Austerlitz in December and on Christmas Day he was named a Commander of the Legion of Honor. Taupin remained with Gazan's division through 1806 and in February of 1807 he distinguished himself at the Battle of Ostrolenka . Less than a week later he was promoted to général de brigade and he took command of the 1st Brigade of Gazan's division. In July of the following year he was named a Baron of the Empire.

In 1809 Taupin was sent to Spain as part of Junot's VIII Corps. He took command of the 2nd Brigade of Clauzel's division and served in the Army of Portugal throughout 1810 and 1811. At the Battle of Salamanca in July of 1812 Taupin commanded the 6th Division. In January of 1813 he was promoted to général de division and then in March he took command of the 3rd Division of the Army of Portugal under General Clauzel. In June Taupin served at the Battle of Vitoria and then the following month he took command of the 8th Division of the left wing and he served at the combat of Cubiry. At the crossing of the Bidassoa in October, he and his men were pushed out of their strong position. In November Taupin took command of the 4th Division of the left wing after General Conroux's death and then in December he served in the center at Saint-Pierre d'Irube. As the French continued to fall back from the British advance, Taupin served under Reille at the Battle of Orthez in February of 1814. Six weeks later he fought at the Battle of Toulouse where he was hit by eight shots. Taupin died the following day.