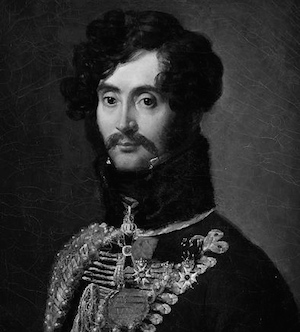 During the years of peace that followed, Bailly de Monthion served as chief of staff for a few different divisions. When war broke out in 1805, he served on the staff of the Grande Armée under Marshal Berthier, and he fought at Memmingen, Ulm, Hollabrunn, and the Battle of Austerlitz. Next Bailly de Monthion was sent on missions to Baden, Hesse, and Wurtemberg and he received the award of being named a Knight of the Order of Merit of Bavaria. He continued to serve on the staff of the Grande Armée throughout 1806, though during this time he served under Pannetier. That December he served at Nasielsk and Golymin , and then the following February he served at Hoff and the Battle of Eylau. At this point his skills were fully recognized and he officially became an aide to Berthier. Bailly de Monthion went on to serve at Heilsberg and Friedland that June and then he served as Governor of Tilsit.

In 1808 Bailly de Monthion was named to the staff in Spain and he was sent on a mission to the King of Spain, Charles IV. That May he was promoted to général de brigade and then in June he fought at Vitoria . In September Bailly de Monthion fought at Bilbao where he was forced to abandon the city after a fight. In 1809 he was named a Baron of the Empire and he became Berthier's chief of staff for the Danube campaign. Over the course of the campaign Bailly de Monthion served at Eckmühl, Aspern-Essling , and Wagram . A month after the Battle of Wagram he was named a Count of the Empire and later he received more awards including the Grand Cross of the Order of Hesse and becoming a Commander of the Military Order of Wurtemberg. In 1810 Bailly de Monthion was given a task of inspecting the divisions destined to serve in Spain and in 1811 he took command of the depots of Basses-Pyrénées.